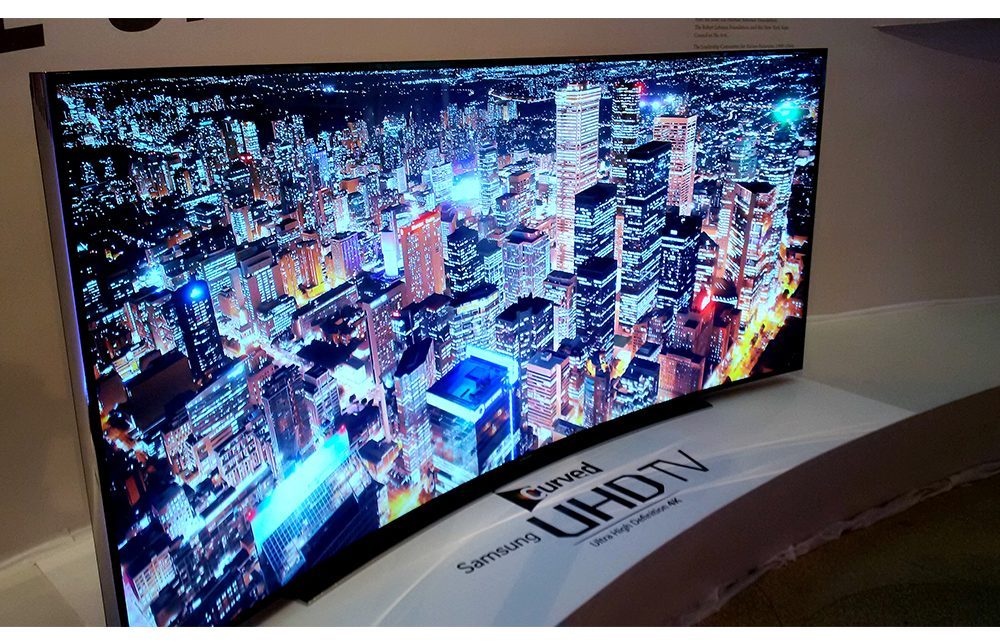 Samsung has already accomplished a great deal in the world of curved tvs, but this time it would like to take things a step further, by making a television that could alter shape depending on what you are watching.

Introduced at CES was just what Samsung is calling a ‘Bendable’ TV – it really is a television display screen that can bend at a point and alter between curved and flat . Of course, we are not really keen about the concept of curved TVs as of this time, but witnessed in the flesh, the model flex Samsung TV definitely looks cool.

The bending is carried out by way of a simple click of a button on a handheld remote control, and after that the TV will start its transformation. From curved to flat and vice versa will take about only six seconds while the television display screen by itself remains on while the change happens. There have been quite a few bendy TVs on display during the Samsung CES stand and the flagship TV unit is the 85-inch Ultra HD, but there have been also several bendable OLED displays all available in HD image resolution.

Given the reality that no prices or supply was announced yet for either, we have the impression that these models may possibly never actually be realized. On the larger end of the assortment of screen-size TV, movie viewing is truly made much better using a big curved screen, however, you only come to feel the effects on displays of about 85-inches and over which is not very economical then.

The OLED flexible displays of Samsung TV are possibly more impressive compared to the Ultra HD models. This is simply not due to what flex is able to do. It is because OLED nevertheless looks consistently amazing in the flesh.

Like 4K, that we presume actually brings something totally new to TV, OLED is a complete step-up in image quality. It is so vivid and the movements are so clean that we would certainly wish that  manufacturers rather went after having this technology less expensive than striving to make our TVs flexible and curved.

LG has likewise introduced a smaller sized 77in (196cm) bendable TV  which is based on organic light emitting diode (OLED) tech of its own. The company suggests that a flexible screen could improve the viewing experience. The technology would certainly enable the TV sets’ proprietors to decide how curved the displays ought to be according to the number of people are viewing them and according to how far away the viewers are sitting. The displays will have the extra advantage of being capable to be kept flat next to the wall whenever not in use.

Not Ready for Retail Yet?

For the time being however, it looks like bent TVs are quite not going anywhere soon. Each slot at CES, from LG to Samsung has been spiced up with a variety of them. None of the two South Korean companies have provided a estimated  release date or price for their bendable TVs. Both of them, however, present versions having a fixed curvature.Both companies are boasting off  giant sized 267cm (105in) concave-screened variations in the 21:9 extra wide aspect ratio.

Nonetheless, as a technological show off, Samsung and LG’s bendable displays are really impressive. Obviously flexible screen technology is seemingly a lot easier to control, so most likely we will discover it being positioned to some things that are actually helpful in the years to come. For the meantime we are content to watch out for its release in the the market with proper price adjustments for it to be affordable to the viewing market.

The AUTHOR works as a gadget and electronic device reviewer for a gadget manufacturing company. He wants to share his knowledge on the up and coming gadgets to be released in the market. He is also a contributing writer to www.essayjedi.com.