Technology is and always has been a constantly changing and forward-moving industry. With the advances in home theater equipment, new challenges arise for consumers who are interested in owning the “latest and greatest” units and the accompanying gadgets. For example, 3D technology has recently become available to the general public. While it tends to be a bit pricey and has definite limitations, it is rapidly gaining in popularity. In the near future, our children will no doubt consider today’s innovations to be “so last year,” as they say. Just think how far television has advanced in your lifetime or your parents’ lifetimes. 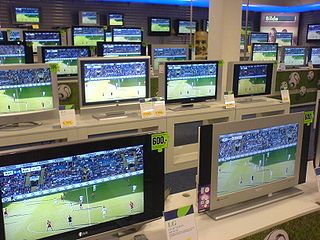 There is no question as to the best type of television available now. The industry has pushed consumers to make the switch from tube TVs to HDTVs in the recent past, and with good reason. High definition televisions produce a sharper picture and are compatible with the digital electronics used in modern media. However, because of techno-factors, the task of choosing a flat screen is daunting to many consumers. The acronyms can be confusing and one can get lost in the array of possible options.

The overall picture quality is one of the deciding factors for most consumers. There are pros and cons to each type. For instance, the picture on a plasma screen can be easily viewed from various angles. These tend to perform better in a dimly lit room. In contrast, LCD flat screens are more effective in brighter rooms and lose some of their definition when the viewer moves around the room. Further, LED-backlit models produce a clearer image than does a fluorescent-backlit one. Again, these factors can change with the production of each new model as manufacturers implement new technologies.

This factor simply refers to your television’s ability to show a range of brightness values, from the darkest darks to the brightest whites. The higher the ratio, the better the contrast display, and the better you will be able to distinguish figures and images in dark or bright scenes. Plasma units are currently leading in this area.

Other factors to consider include longevity, cost, and power consumption. In order to make an informed decision, it is a good idea to research these and other basic features of flat panels so that you will be able to choose the best flat screen to fit your needs, your preferences, and your budget.

Steve is from Houston where he works at a home theater showroom. During his free time he enjoys writing about the latest technology for projectors, receivers, and home theater surround sound systems.

Benefits Of Using Satellite In Rural Locations
How To Buy A Flat Screen TV
The Death of Plasma: Panasonic Throws in the Towel