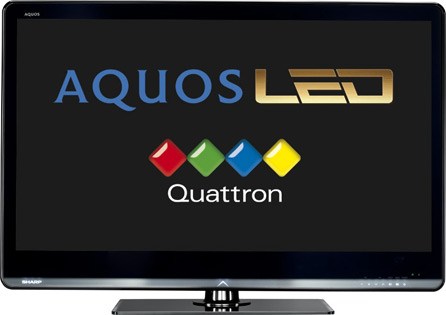 Sharp is struggling to stay a “going concern”, which means in corporate speak they may not survive as a company.  Sharp reported a 4.8 Billion dollar loss for the first 6 months of the year.  As bad as that sounds, Panasonic lost more 5 billion actually.  There are many reasons suspected for the sales decline but the slowdown of the American Economy is the primary reason given.  However, Japan and some others in Asia have some blame in this too. The strength of the Yen vs the Dollar has added to profit difficulties.  In addition, while sales have declined almost 30% companies have increased the workforce by almost 6%. One hedge fund manager wrote that there were too many redundant quasi-state employees in the companies contributing to this increase in the workforce.

This slow down is not limited just to Sharp.  Sony, NEC and Panasonic have also made announcements of their own regarding sales and profit woes.  Samsung, with its near 60% market share of flat screens sales is having problem too, but nowhere near as bad as the three above.

2013 may turn out to be a very different year for HDTV’s. For example, there could be a decrease in quality screens and an increase in low-cost (cheap) TVs.  Plasma’s offerings may start to decline, as they are not as profitable as once thought.  To bad, I rather like the pictures on plasma TVs.  Still, I would not expect to see manufacturers tossing all the plasma’s out the back door, they do offer an affordable price point.  As for the future, the big guys; Sony, LG and Samsung will turn their attention to OLED technology.  Although it may take years (if ever) for that technology to develop to the point everyone can afford to buy one.