The technology employed to make television viewing a pleasure, moves at a rate that most of us can’t keep up with, but many of us are keen to be on the forefront of the evolving HD televisions. On reflection, TV has come a long way since it was first made available to us. It was January 1926 when the first TV of any substance was demonstrated, and it was so primitive that the images it produced could barely be recognizable to the human eye. Almost 90 years on and we are surrounded by some of the most life-like images on a daily basis, from a variety of wonderful devices, and we are spoilt for choice. Today we are presented with 1920 x 1080 resolution full HDTVs, which gives us viewing in 2 megapixels, but just around the corner are screens that offer an 8 megapixel image from hi-res cameras that will blow our minds. With the big TV brands jumping on-board in 2013, it could become the format for broadcast TV and Blu-ray.

What exactly is 4K?

Generally 4K is used to describe a display of roughly 4000 horizontal pixels, but technically it means a resolution of 4096 x 2160. We hear ‘Ultra HDTV’ being spoken of, and this refers to a TV with a screen resolution of 3840 x 2160, which happens to be exactly four times that of the full HD resolution. Higher resolutions have been seen in cameras such as the RED Epic, which produces film at 5K resolution and even higher resolutions from the Sony F65 8K with 8192 x 4320. 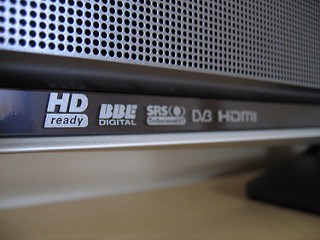 Large HDTVs have been all the craze so far, with models such as the Sony 84 inch 8X9005 and the LG 84 inch 8LM960V taking the lead, pushing Toshiba’s 55 inch model to the side. Ultra HD can be even larger than life, with the Panasonic TH-152UX1W 152-inch plasma TV, which happened to be the first TV to boast Ultra HD resolution. In 2013 we can expect to see the prices of new Ultra HDTVs reach almost reasonable levels.

Ultra HD TVs are getting smaller and so are becoming more realistic to have in more homes, as well as becoming more affordable for most of us. This year we will see Toshiba release two ultra HD models that may gain popularity the 58-inch Toshiba 58L9300 and the 65-inch Toshiba 65L9300. We will also see Sony release a 58 and 65-inch ultra HD model.

Sony released the Sony VPL-VW1000ES back in 2012 for the Ultra HD home cinema entertainment market. This projector uses technologies found in the Sony model used in commercial digital cinema projectors. The projector produces a very slightly different resolution of 4096 x 2160 pixels compared to that of Ultra HDTVs. You can however, get a SXRD panel for your Sony VPL-VW1000ES to bring you up to Ultra HDTV resolution. There are other brands working in this arena, such as JVC who have their DLA range ‘4K branded’ projectors that utilise pixel-shifting panel technology to deliver a full HD picture with a more textured image.

So do we need Ultra HDTVs?

HD comes in two qualities: 720p (HD ready) and 1080p (Full HD). Both of these offer you a much greater picture quality than standard definition formats. The higher the pixel count means the higher the image quality, and the smoother curved lines will appear on the screen. When we talk about Ultra HD we are just taking this to the next level. As TVs get bigger, this means that HD is now more of a necessity to compliment the size of the screen, rather than a luxury. HD allows images to be blown up larger without them breaking up. Ultra HD has cracked the Hollywood movies and TV shows with most of them being filmed in 4K and 5K. Ultimately it all comes down to how far you are sitting from your screen. Your perception of viewing in 720p or 1080p is controlled by the viewing distance of about 2 metres. If you sit closer with a higher pixel density, you will not see the pixel grid as easily. At the Ultra HD end you can sit as close as 1.6m from the screen in comfort.