Technology is in a perpetual state of convergence, to the extent that in the near future, it’s not unthinkable to believe that we won’t own separate devices at-all, simply one ‘catch-all’ product that takes care of all our personal and professional needs. Whilst our personal and professional lives might be merging through our phones, our tablets and our laptops though, the living room will always be a place of solitude where we can retire with a good book, film, show or video game and forget (for a little while at least) that the outside world exists.

Operating in much the same manner as a smartphone or tablet (only on a much larger scale) a smart TV is a large-screen television set that comes loaded with its own operating system that is able to play not only your favourite television shows and gaming devices but also a variety of apps and it might just be the future of entertainment. A smart TV is essentially a television combined with a computer system that will have its own processor and internal operating system. These operating systems will allow users to stream films, surf the internet, send emails, check Facebook or Twitter and even make video conference calls all natively from the television itself.

The patent for the very first smart TV was filed way back in 1994 in the days when installers were setting up analogue Sky boxes up and down the more ‘well-to-do’ areas of the country and even owning a satellite dish was seen as an extravagance. It was patented as an “intelligent TV system, linked with data processing by means of a digital network”. Smart TV’s are only just now starting to make a real impact on the global commercial market but basic Smart TV’s have been in operation across the world for more than a decade. Hotel television systems around the world have been using proprietary ‘smart’ technology for years now and many digital set-top TV boxes allow for a similar kind of versatility. Having all of this functionality condensed into one device though has obvious benefits.

The primary manufacturers of Smart TV’s today are Samsung, Panasonic, LG and Sony. Of these four brands, 3 have prior experience in the smartphone market and as such, the Sony, Samsung and LG brands tend to use software which is almost identical to their phone ranges. This is especially evident in the Sony ‘Xperia’ range. For sheer value, Samsung are always a reliable bet, but LG have had a better reliability track record with their televisions. Sony meanwhile has begun to implement touch screen controls into their latest Smart TV’s, further blurring the lines between tablets and television. The best advice though would be to shop around and do your research; chances are many of the more expensive models will include features you will never use that you paid a fair amount extra for.

The very concept of the Smart TV is still evolving and as such there is really no telling exactly what the future will hold for the Smart TV, we can

only speculate. In the near future as the standard becomes more mainstream you can expect more big-name companies to get on board with their own proprietary Smart TV apps. Google have already invested a significant amount of resources into the Smart TV market and with the next generation of games consoles on the horizon there is no telling exactly how Sony, Microsoft and Nintendo will be able to use Smart TV technology to enhance their own gaming platforms. 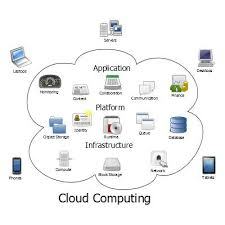 It’s quite possible that within the next 10 years, traditional television programming will be phased out entirely in favour of more customisable, web streaming content and if that is indeed the case then you’re going to want to be prepared! Thankfully, most of the Smart TV’s in circulation today have fully upgradable firmware and considering most of the advancements being made in entertainment technology today are ‘cloud based’, your TV won’t be doing the lion’s share of the work anyway. ‘Cloud’ technology essentially means that servers off-site (possibly hundreds, even thousands of miles away) could be running the content you’re viewing on your TV at home. It’s an incredibly technical and complicated process but what it boils down to is that very soon, all of our smart devices will be able to share a unified processor and work via the same means. With everything running via the cloud, old fashioned things such as TV reception problems and overheated devices should be a thing of the past.

It’s a truly exciting time to be a technology enthusiast and there’s no better time than the present to get your foot on the ladder with a Smart TV.

Jann Webb is a freelance copywriter who bought her first Smart TV (a Samsung) earlier this year. The satellite dish installers might have needed to help her set the thing up and she suffered from a few problems for the first few days but the training wheels came off by themselves eventually and she’s never looked back!