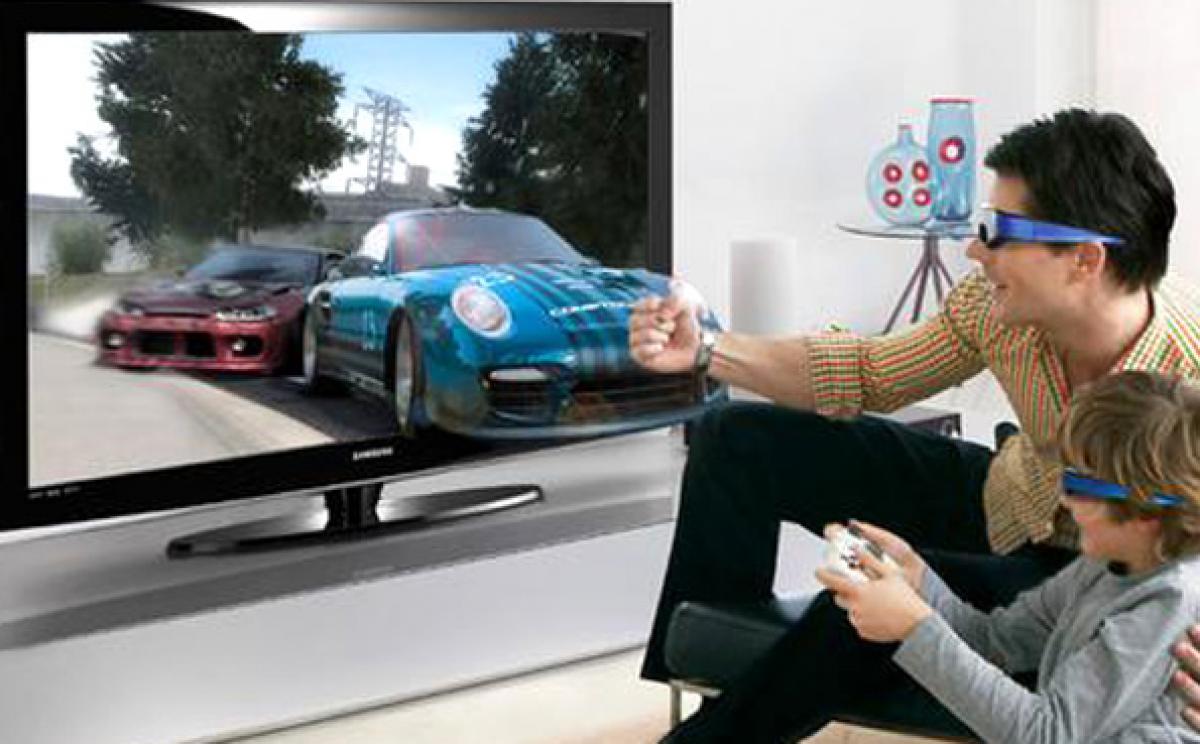 When 3D films were first introduced to mainstream cinema, cinema fans flocked to their local screens to try out the new technology. Supplied with a pair of 3D spectacles, audiences could enjoy the new releases in a brand new way, offering a real sense of involvement and interaction with the action. After this first 3D debut, it was only a matter of time until the technology became available at home.

But how does a 3D television work? And is there any real benefit?

How do they work?

There is a range of ways in which 3D televisions operate. Some require the viewer to wear glasses, whilst others offer a glasses-free 3D experience. The main types are stereoscopic and lenticular. Essentially, they all work in the same way; they display two images and a pair of specially designed glasses split the two images so that each eye only sees one of the images. The brain then connects the two and interprets the whole as a 3-dimensional image.

There are two types of 3D glasses: passive and active. Passive glasses use polarised lenses which show alternate lines on a polarised screen filter. The brain then combines these to create one 3D image.

Active glasses feature LCD lenses which are synchronised with the TV image. The glasses are battery-operated and work by showing each eye a different image simultaneously. The images are shown at a rapid speed, encouraging the brain to make a connection between the two separate images to form one 3D image.

What are the options?

The two dominating 3D television formats are plasma and LCD. Plasma TVs currently use the active technology and are often available with wider screens for a more interactive visual experience. However, LCD TVs can be perfect for 3D gaming as they are available with more compact screens smaller than 40 inches. One significant problem with LCD screens is that the slower response times can result in blurred images, thus compromising the 3D quality.

Producers of 3D content and technology brands are constantly working to adapt to the new demand for 3D television, with the prediction that it will soon become an integral part of our viewing experience.

3D technology has proved to be immensely popular in homes with SKY even launching a dedicated 3D channel showing sports, concerts, films and documentaries. The BBC has since joined the trend and broadcast various sports events for all viewers with access to their HD channel. It is also possible to access 3D broadcasts through Blu-ray players and game consoles which are more adept at handling the different bandwidth required for 3D display. For anyone wanting a full immersive cinema experience at home, a 3D television may be worth the investment. And it certainly is an investment… prices range from around £420 for the Samsung UE46F6100 to over £1450 for the Samsung UE46F7000. Your choice ultimately depends on your budget and how you intend to use your 3D television.

For now, it appears as though 3D televisions are just a luxury for dedicated movie fans or avid followers of sports and are an expense many people can’t afford. However, as the technology is developed, it is likely 3D televisions will become a more affordable, more reliable and a more popular addition to many homes.

Victoria loves researching the latest gadgets and sharing her finds.

TV Screen VS Computer Monitor: Which Is Better?(For Gaming)
Cable TV Without A Box:An Ultimate Guide To A Box-Free Life
Future of 3D TVs in 2013 – Our Predictions