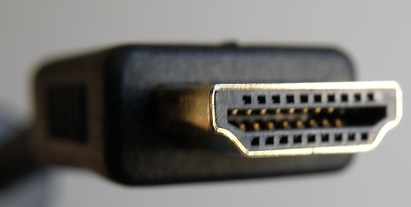 If you own a High Definition Television and use a Blu-ray DVD Player or Hi-Def Cable/Satellite box then a HDMI cable is exactly what you need to get the best picture.

HDMI or High-Definition Multimedia Interface is an audio/video cable for transferring digital audio/video signals to a compatible computer monitor, audio device or television. Sources for HDMI could be a HD cable/satellite box, HD DVD player, tablet, game console or digital camera. There are 5 types of HDMI cables but only two are used in home entertainment, HDMI High Speed and HDMI High Speed with Ethernet.

What does HDMI do?

In 2009 HDMI version 1.4 was released. Two major features were added, ARC (Audio Return Channel) and HEC (HDMI Ethernet Channel). So in addition to transmitting audio/video signals HDMI cables now were capable of allowing data communications between devices via HEC. This allows you, in some cases, the ability to control multiple devices with just one remote.  For example, turning off the TV causes it to send a signal to the surround sound receiver to power down.

Devices equipped with an ARC/HDMI port transmit or receive audio signals. So, if you had your Television connected to your cable box and also to a surround system (via HDMI) and were watching a movie then the digital sound from the cable box would be routed through the television to the surround sound receiver.  The beauty of this is not having to change the input source on the receiver each time you change source devices from the TV.

What is it going to cost me?

While I don’t advocate running over to the local dollar store to purchase your HDMI cables, I also don’t recommend you go to the neighborhood electronics boutique and spending $100 either. Those inexpensive cables you find online will work just fine. There are several online sources for cables. Two of them, Amazon and NewEgg have reasonably priced cables in many different lengths.  Expect to spend $5 to $15 for a 6 foot cable.

Which HDMI cable to buy?

Purchasing a HDMI High Speed with Ethernet cable would be the best way to make sure your cable is compatible with a large variety of devices now and in the future. The High Speed cable can handle High Definition beyond 1080p and if Ethernet devices catch on you’ll have that covered.  Don’t worry about version numbers on an HDMI cable since most cables out there are at 1.3 or higher.  Chances are you wont even see a version number. Since January 1st, 2012  the HDMI Association has been “encouraging” vendors not to version number on their packaging.